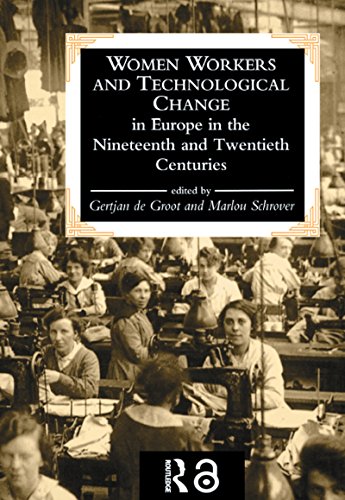 From the traditional stereotyped viewpoint, femininity and technology clash. This negative association between women and technology is one of the features of the sex-typing of jobs. Men are seen as technically competent and creative; women are seen as incompetent, suited only to work with machines that have been made and maintained by men. Men identify themselves with technology, and technology is identified with masculinity. The relationship between technology, technological change and women's work is, however, very complex.; Through studies examining technological change and the sexual division of labour, this book traces the origins of the segregation between women's work and men's work and sheds light on the complicated relationship between work and technology. Drawing on research from a number of European countries England, Sweden, Denmark and the Netherlands, international contributors present detailed studies on women's work spanning two centuries. The chapters deal with a variety of work environments - office work, textiles and pottery, food production, civil service and cotton and wool industries.; This work rejects the idea that women were mainly employed as unskilled labour in the industrial revolutions, asserting that skill was required from the women, but that both the historical record about women's work and the social construction of the concept of "skill" have denied this.