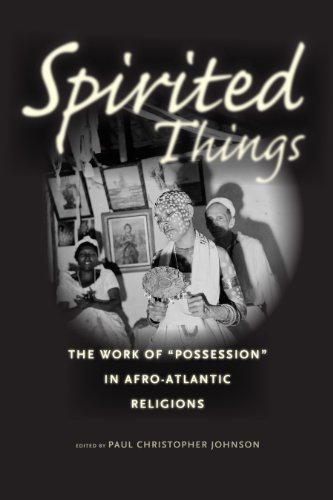 The word “possession” is anything but transparent, especially as it developed in the context of the African Americas. There it referred variously to spirits, material goods, and people. It served as a watershed term marking both transactions in which people were made into things—via slavery—and ritual events by which the thingification of people was revised. In Spirited Things, Paul Christopher Johnson gathers together essays by leading anthropologists in the Americas that reopen the concept of possession on these two fronts in order to examine the relationship between African religions in the Atlantic and the economies that have historically shaped—and continue to shape—the cultures that practice them. Exploring the way spirit possessions were framed both by material things—including plantations, the Catholic church, the sea, and the phonograph—as well as by the legacy of slavery, they offer a powerful new way of understanding the Atlantic world.