The Workhouse: The People, The Places, The Life Behind Doors (English Edition) por Simon Fowler 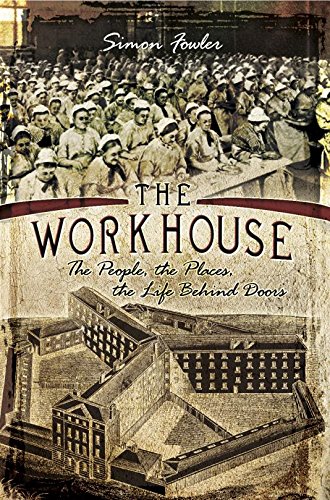 Simon Fowler con The Workhouse: The People, The Places, The Life Behind Doors (English Edition)

'The stories of those who lived in the shadow of the workhouse'  During the nineteenth century the workhouse cast a shadow over the lives of the poor. The destitute and the desperate sought refuge within its forbidding walls. And it was an ever-present threat if poor families failed to look after themselves properly. As a result a grim mythology has grown up about the horrors of the 'house' and the mistreatment meted out to the innocent pauper.   In this fully-updated and revised edition of his bestselling book, Simon Fowler takes a fresh look at the workhouse and the people who sought help from it. He looks at how the system of the Poor Law – of which the workhouse was a key part – was organised and the men and women who ran the workhouses or were employed to care for the inmates.  But above all this is the moving story of the tens of thousands of children, men, women and the elderly who were forced to endure grim conditions to survive in an unfeeling world.  'A poignant account ... draws powerfully on letters from The National Archives ... [Simon Fowler] brings out the horror, but it is fair-minded to those struggling to be humane within an inhumane system,' The Independent  'A good introduction,' The Guardian.  The history of workhouses and poverty ('misery history') has recently been prominently covered on TV shows like WDYTYA? and ITV's Secrets from the Workhouse, and referenced in historical dramas like The Village and Ripper Street.